ANTARSYA addresses a message of solidarity to the Ukrainian people who are going through difficult times.
The government change brought about in a coup-d’état manner that came after a political conflict with hundreds killed and thousands wounded in Kiev, is the result of a relentless conflict between groups torn by the economic and political oligarchy that has been ransacking the country after the dissolution of the Soviet Union. The root causes of the crisis and conflicts can be found in decades of poverty, along with the attack on social rights and democratic freedoms by the Yanukovych government.
At this juncture, we are witnessing a clash between, the nationalist armed militias with a fascist ideology and Nazi origins, on one hand, who are supported and equipped by the EU and the US and, on the other hand, the state repressive forces of Yanukovych’s authoritarian regime supported by Russia.
The people of Ukraine find themselves in straitjacket in two imperialisms; That of Russia wanting to preserve by any means its political and economic dominance in the region and that of the EU, with Germany and the U.S. in the leading role, which through the connection with the EU and NATO attempts the annexation of territories, states and economies in the chariot of the European and American capital respectively.
The first coup organized by the EU, spearheaded and led by the fascist extreme right and neo-Nazis forces the masks to drop and proves that the EU not only does not guarantee democracy in Europe, but spearheads its undermining.
The first indications from the new Ukrainian regime, as well as the EU/US position point to an attempt at chaining the country in the shackles NATO, IMF and EU-imposed Memoranda, along with attacking the democratic and social rights of the Ukrainian people. "Europeanization" and "reforms" will be nothing more than a new ransacking of Ukraine’s natural resources and wealth that will only benefit local oligarchs, and US and EU capital. This development makes possible the very explosion of civil war, and the division and dissolution of the country.
ANTARSYA denounces the reactionary manipulation to outlaw Ukraine’s Communist Party by the EU- and US-supported government. ANTARSYA stands alongside struggling forces, leftists, communists and anti-fascists, who, in difficult circumstances, are trying with toil and selflessness, to bring to the forefront of the battle taking place in the streets, the real problems of the Ukrainian people.
Hope lies in the struggle against fascism, against the civil war, imperialist intervention and capitalist ransacking.
Αναρτήθηκε από antarsyalarisas στις 3/05/2014 02:28:00 π.μ. Δεν υπάρχουν σχόλια: Σύνδεσμοι σε αυτήν την ανάρτηση 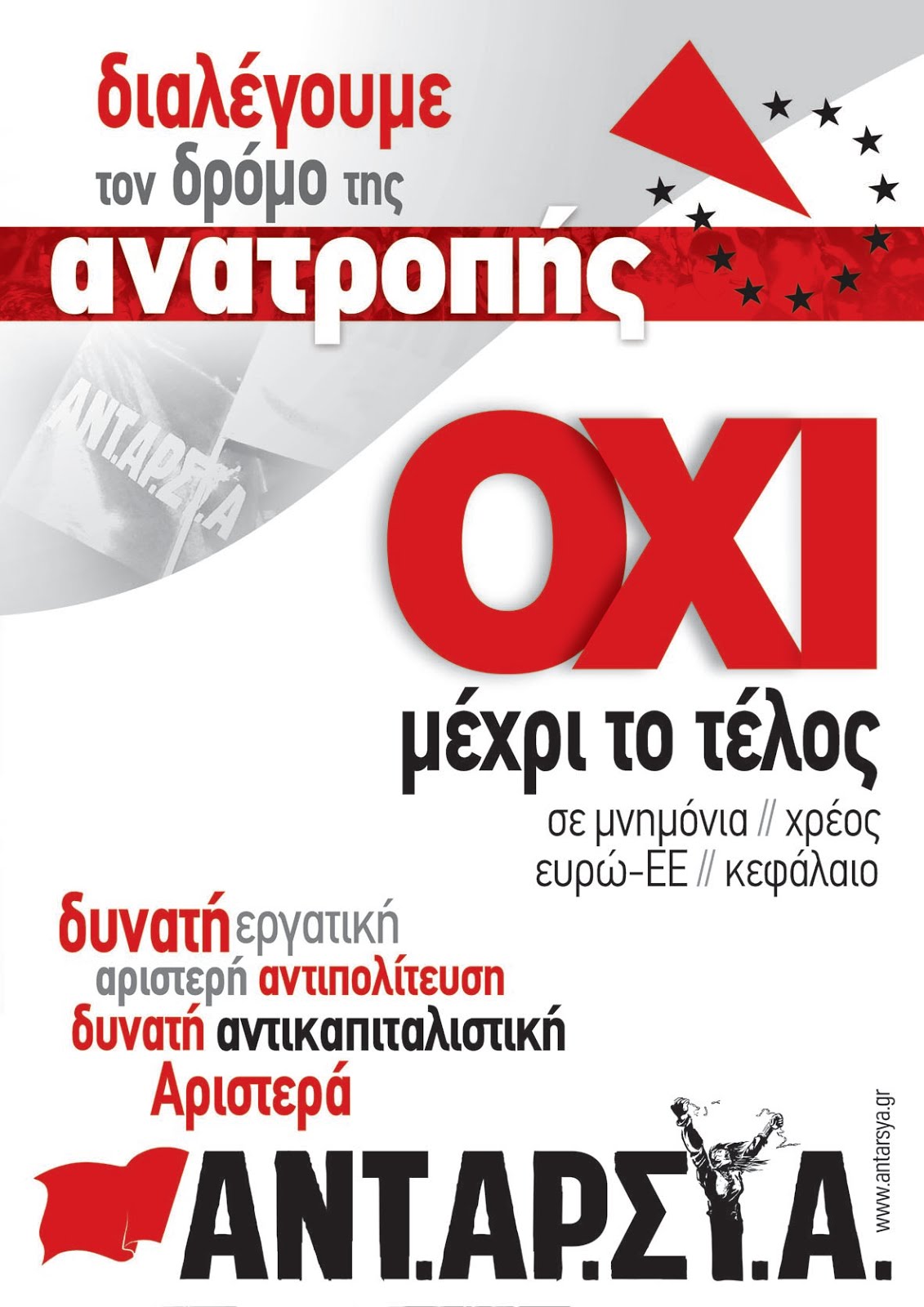